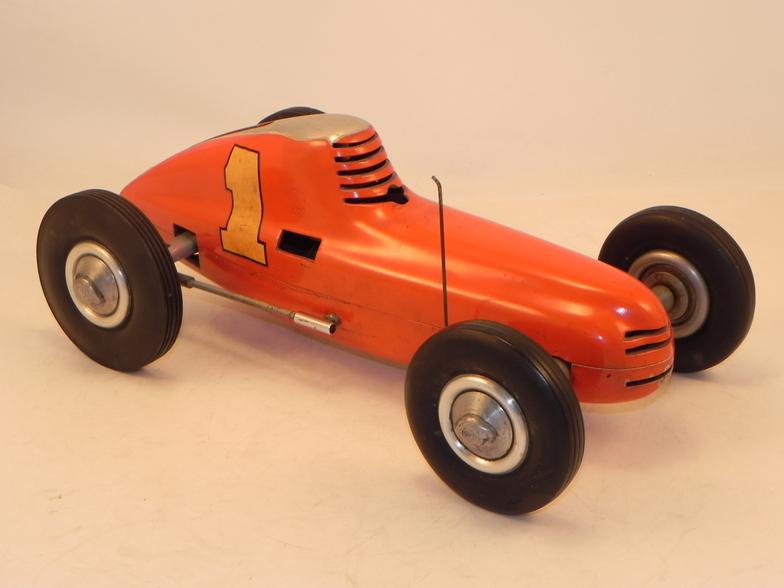 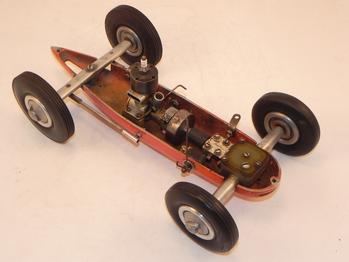 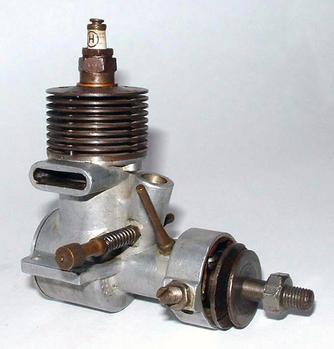 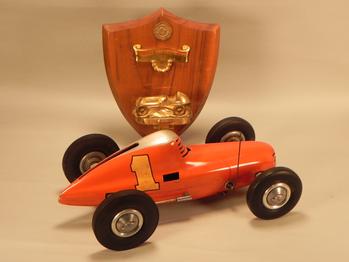 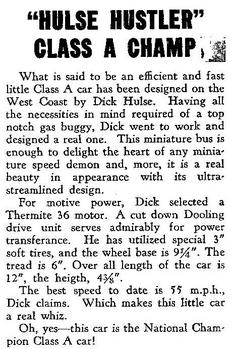 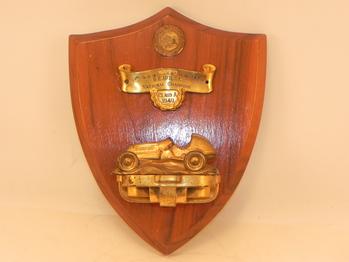 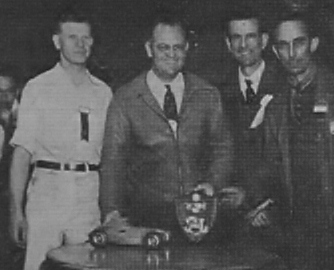 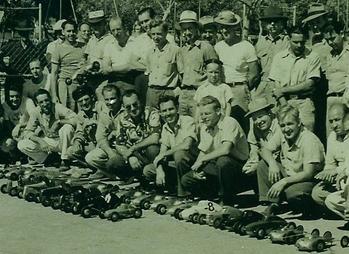 Dick Hulse's Thermite .36 powered Hulse Hustler repeated as the Class A National Champion at the 1941 AMRCA Nationals held in Chicago, IL on July 2-6, 1941.  Dick Hulse took this photo showing some of the participants and their cars, but his Hulse Hustler is at the far right of the front row.