Hulse Hustler
Designed, built and raced by Richard E. "Dick" Hulse
Dick Hulse, both a successful tether car racer and business man, is generally recognized as being responsible for organizing miniature car racing in the United States.  He, along with Charles Penn, then publisher of Model Craftsman magazine, is credited with founding the American Miniature Racing Car Association (AMRCA) in 1940.  Hulse was also elected as the first president of the AMRCA.
Because of safety concerns related to the higher speeds of the larger .60-size cars, Hulse was one of a small number of proponents of the smaller mite cars.  In an effort to demonstrate the competitiveness of the Class A cars, Hulse designed and built his own ".36-size" race car, the Hulse Hustler.  Using a cut-down .60-size Dooling drive unit and .60-size wheels and tires, the Hulse Hustler was not much smaller than a typical Class B car of that era.  Only a handful of the cars were produced, and most were powered by pre-war Forster .29 spark ignition engines.
Hulse's personal Hustler, however, was powered by a Thermite .36 spark ignition engine and proved to be a very successful race car.  Hulse's car captured the Class A  championship at the first AMRCA National Championship race held in Oakland, CA in mid-December, 1940 and followed up that victory with a repeat win at the second AMRCA Nationals held in Chicago in July, 1941. 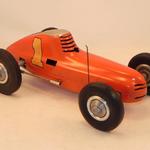 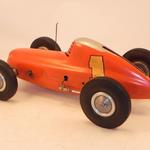 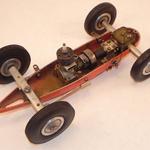 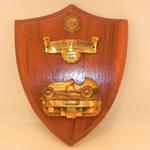 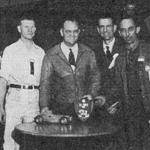 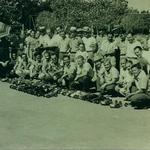