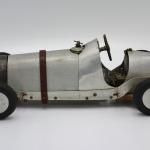 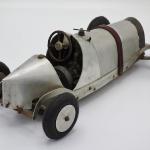 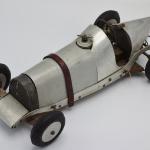 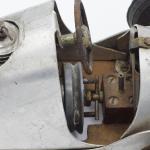 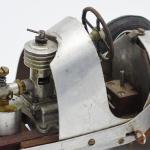 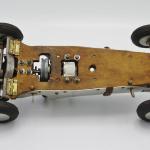 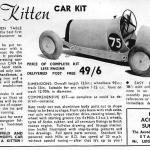 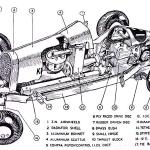 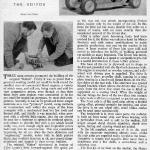 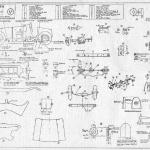 The original Kitten was built by G.H. Deason, Editor of “Model Cars” magazine, and first appeared in Deason’s book entitled “Model Car Manual”, published in 1949.
Deason’s rationale for including the Kitten in “Model Car Manual” was his belief that the car could rather easily be built by a beginner with only the most basic tools at his disposal. The car was designed for 1 to 2 cc engines of the type that were popular at that time for model aircraft. In addition, the design of the friction drive made the car easy to start and operate.
The January 1951 issue of “Model Maker” magazine, which by then incorporated “Model Cars” and for which G.H. Deason served as co-Editor, included another article about the Kitten , this time including an assembly drawing for building the car.  Deason noted that anyone who wished to scratch-build the car could obtain a full-size working drawing from the “Model Cars” Plans Service. He also noted that the Kitten was being offered in kit form by Masco Products and a large advertisement by Masco accompanied the article.
A completed Kitten, powered by a 2 cc E.D. “Competition Special” diesel engine with friction drive, is shown in the photos.
Kitten   (England)
Designed by G. H. Deason